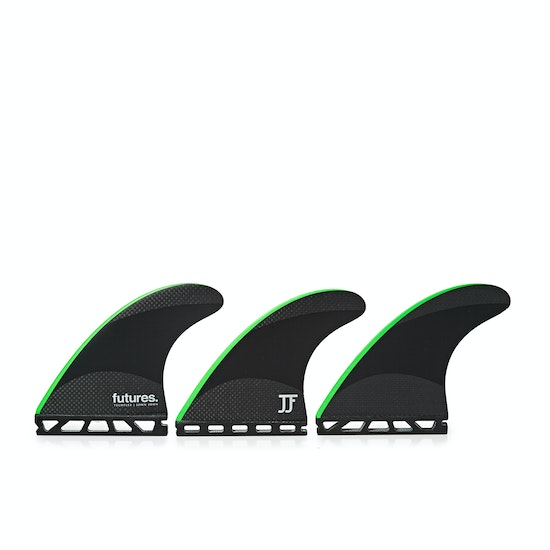 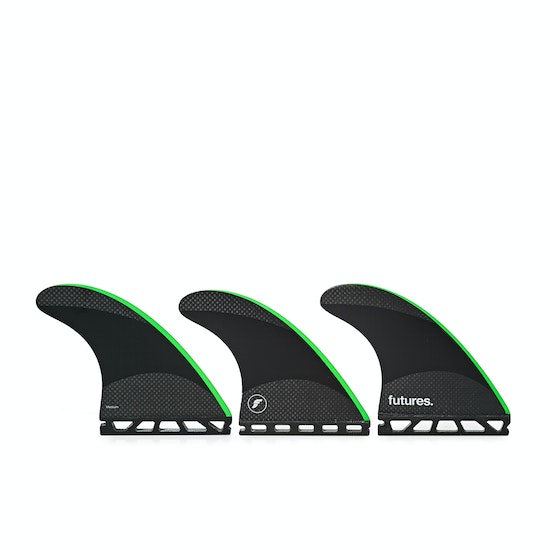 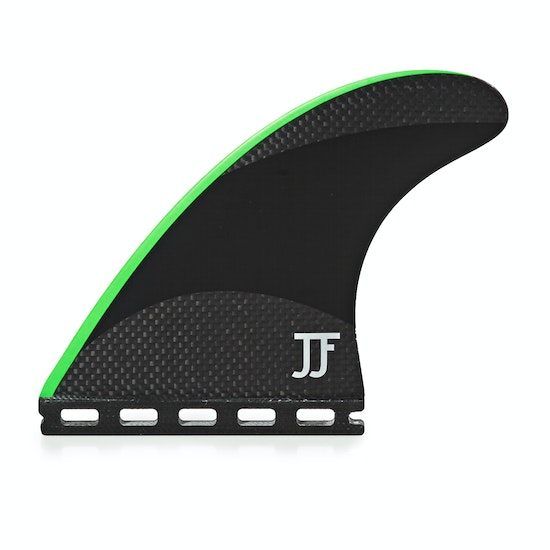 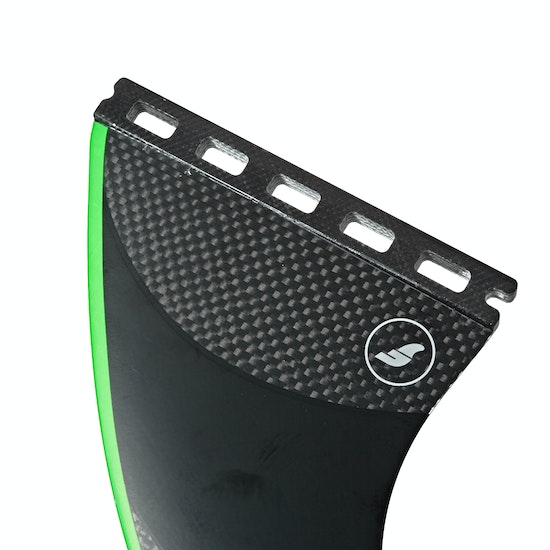 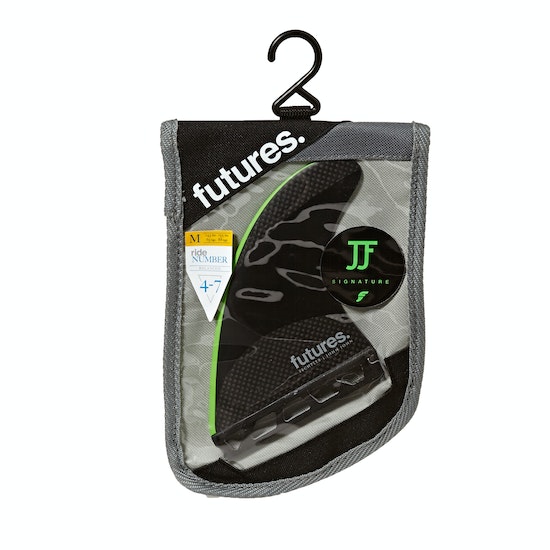 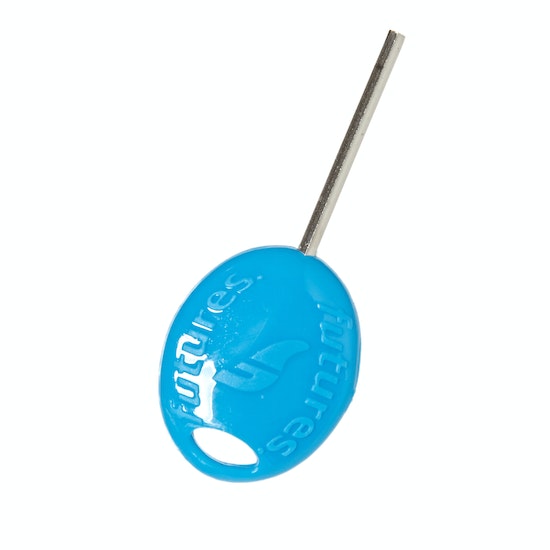 Are you ready for some high-density fin jargon? Good!

For the template of his signature Futures fin, John John wanted a more drivey version of the "F" fin (F4, F6, etc.), so asked for some additional rake (aka sweep) and base to be incorporated. Techflex is Florence’s favoured fin construction, providing just the right combination of drive and response in all conditions (he rides these fins whatever the waves are like). It's light like honeycomb but stiff like fibreglass, reinforced in the base and tip with 3K carbon. This stiffens the honeycomb core, and creates a vertical flex pattern that boosts drive down the line and enhances control when engaging the rail at speed. The solid, connected feel of the Techflex provides added stability on late drops, as does the flat foil (inside surface), but these fins still have sufficient spring and responsiveness for smooth and lively transitions between turns.

Futures rank the resultant fin a 4 on the Ride Number scale, which goes from 1 to 10. Lower numbers indicate better speed control in powerful surf, higher numbers better speed generation in weaker surf – in other words it’s a balanced fin with good all-round ability. 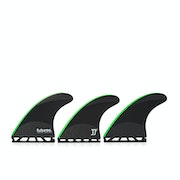