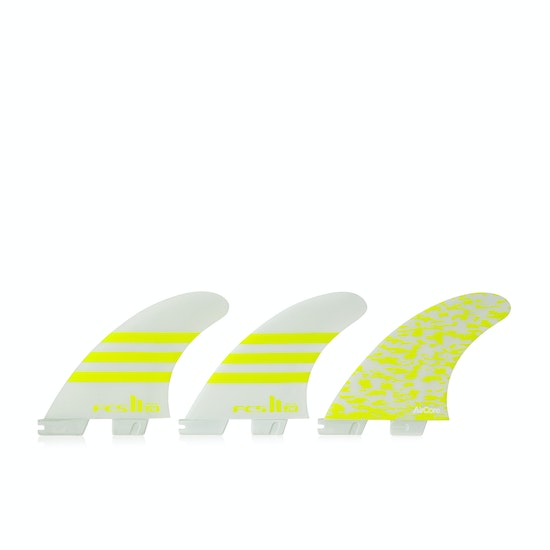 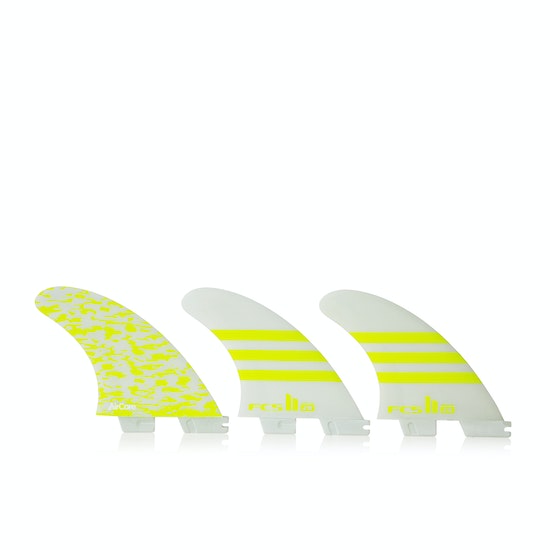 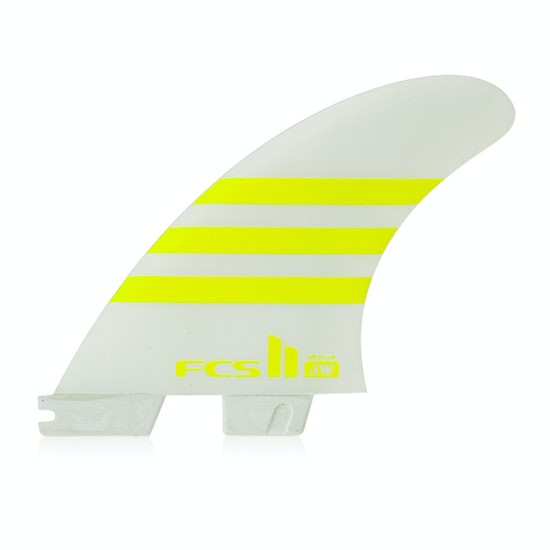 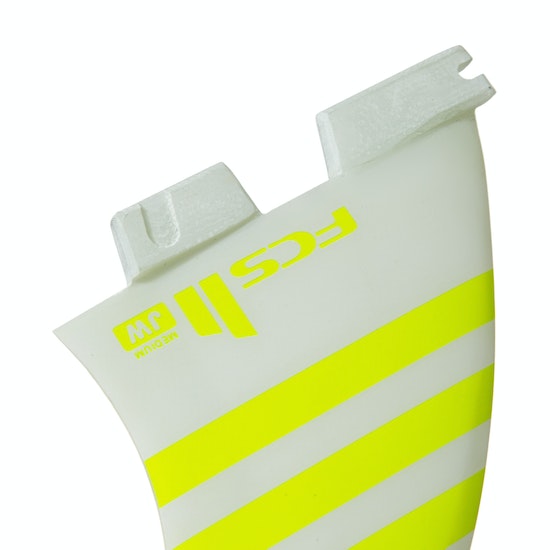 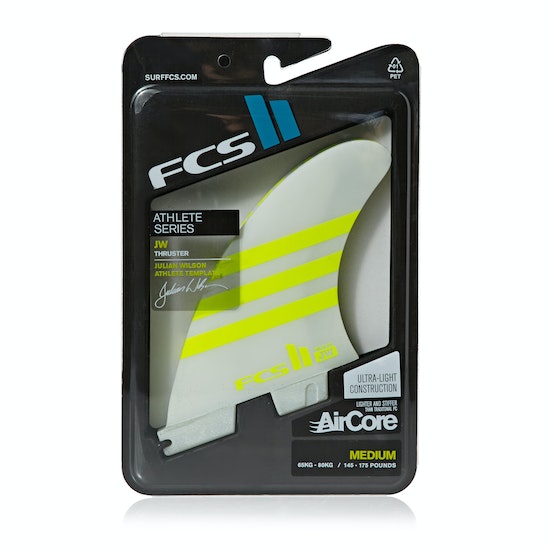 Part of the FCS Carver family, Julian Wilson's signature fin will give you excellent hold and control through rail turns, but it also prioritises speed, projection and progression. These characteristics are enhanced by the Performance Aircore construction, FCS's latest tech, which is a lighter, stiffer version of Performance Core.

"This is the stiffest fin we tested. This is a very raked fin with lots of drive and it feels positive with the Aircore. It's got quite a wide base, set a little bit back in the tab. The moment you load it, it goes. This is a serious fin for serious surfing. This is definitely the fin for those who want a bit more performance built in, some more spring packed in." – Sam Lamiroy's thoughts on the Julian Wilson fin in Performance Aircore construction, featured in the recent MSW fin test. 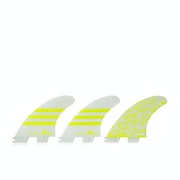